Absolutely no one on earth loves a breakup. They are just the worst! But you can pretty easily guess how each sun sign will be most likely to dump their current partner—and how they’ll handle getting dumped. Let’s take a look:

Fully expect Aries to pick a fight with you that you just can’t win no matter how hard you try. See? Now it’s all your fault they had to break up with you.

And when you dump an Aries, expect yet another fight. They’ll be in shock and heartbroken before flipping the switch to anger. Forget about burning bridges; they’ll block you, delete all evidence you exist, set fire to any relationship reminders, and forbid anyone to speak your name ever again. Sheesh! Talk about taking a breakup hard!

When Taurus stops stealing your fries and won’t even consider sharing their food with you, you know you’re a goner. They’ll cut you off from their food and then out of their life in short order. They might say a regrettable thing or two in the process, but don’t expect them to ever apologize for it.

Okay, so breaking up with them won’t be much different. Expect them to get angry—like full rage anger—and then drop some truth bombs on you about your own problems. Ouch! Expect it to get confrontational. There’s really no avoiding it. They have the patience to argue forever, so a clean break may not be possible. May the odds be ever in your favor surviving this one!

It probably took Gem ages to decide to dump you, but once they make up their mind, they’ll go for the clean break. They’ll try to make it as fast and painless as possible if you’re not in the wrong, but if you hurt them, expect a full-blown argument that leaves you reeling.

Think you just broke up with Gem? Maybe not. Or at least, maybe it only felt like your idea. They could have purposely let you discover their double life so that you’d go and they wouldn’t have to figure out how to end it. Or you might have been maneuvered into dumping them. If it was unexpected, get ready for an epic argument with a lot of intellectual fencing, but otherwise, you might have been tricked into dumping them. You just never know with Gem.

You know how they give hurricanes a category for severity? Cancer breaking up with you could be somewhere beyond a Category 5. Think epic devastation if you’ve done something bad enough that they want to dump you rather than haul your butt to counseling with them. I hope you’re insured. Like, life insurance, buddy. If you’ve hurt them, expect silent treatment to last for a while before they tell you it’s just not going to work out. You’ll feel so bad that you’ll probably wish for the hurricane.

I don’t envy you the job of breaking up with Cancer. You’ll for sure break their heart, and the reaction will either be epic rage or total devastation. There is no in-between. It’ll surely be followed by total silence before they start trying to get you back. It’s a cycle, and I don’t know that there’s a clean-break option with Cancer. After all, they were sure you would love them forever.

Just so you know, when Leo dumps you, they’ll let you know just how much you disappointed them. You’ll feel like you just got cut from the best team, and that’s no accident. They might even feel sorry for you, to add insult to injury.

Leos aren’t the lion of the Zodiac for nothing, friend. You might want to give them a little space when you tell them it’s over because they can be pretty stubborn in insisting that it’s not before moving straight into outrage. How dare you? Don’t you know how fabulous they are? And that’s on a GOOD day!

If a Virgo wants to dump you, it’s easy to tell. They’ll just start distancing themselves from you. Of course, that’s their usual way of handling conflict, other than criticizing, so it can be a little tricky to determine if this is a relationship-ending situation. Don’t be surprised if they ghost you to dump you. New number, who dis is a text you may see if you try to gain closure after they’ve decided it’s done.

When dumped themselves, Virgo may turn that hyper-critical way of being into an art form. An ugly one, sure, but it’s still art, right? They’ll likely lay out all the ways in which you were really the worst partner ever to distract from their heartache that it’s over. By the time they’re done ranting, they may even genuinely believe they’re glad it’s over, which is just how they’ll spin it when they tell it.

Libra may have a hard time telling you when it’s done. I mean, they had no problem declaring their love and total devotion a minute ago, but it’s totally possible they’ve moved on to someone else and forgot to send you a memo. In fact, they may waffle about whether breaking up is the best thing to do if they can have twice the love. Or they may have trouble deciding which lover should stay and which should go. And don’t assume there are just two. You never know with a Libra. But if you just so happen to accidentally stumble across a photo you didn’t really want to see or a text that left no doubt in your mind they’re with someone else, well, it was no accident. Now you know.

Could you please go?

Oh, boy. Breaking up with a Libra is hard to do! After all, on top of their game, they’re super loving and romantic. But if you decide you’re done, be prepared for them to not take it well. Big gestures to try to get you back, cyber stalking all your social media profiles, and sending you drunk texts about how the two of you are meant to be all come with the territory. Just be prepared, and good luck to you!

Expect to be accused of cheating or some other kind of betrayal when Scorpio heartlessly dumps you. It doesn’t matter if you’ve never, ever cheated on anyone. They saw how that one person looked at you that one time you were out together. Or how you smiled at the barista who handed you your morning coffee. They know they’re right, and they don’t care if they make a scene to let you know it’s over.

Aaaand you can expect pretty much the same reaction if you have to dump their butt for one too many jealous accusations. Besides, you probably didn’t take kindly to them checking your emails and texts every other day. So, you say you’re done, and there will likely be a scene followed by demands to know exactly who you’ll be leaving them for. Sigh! I wish I could say it was going to be easier, but I think we all know they won’t handle it well. When the rage disappears, expect phase two to be a deep depression that’s equally dramatic and ugly. Oh, boy!

Expect Sagittarius to be the ones to dump you by text. Hey, it’s better than a post-it note, right? Okay, not really. When Saggy is done with you, they’ll want to avoid the big scene or a relationship moratorium. In fact, they’ve probably already moved on before they hit Send. No hard feelings!

What—wait? You’re dumping them? How is this even possible? There’s someone else, isn’t there? Welp—that didn’t go well. Expect Saggy to be jealous, swear you belong with them, and then forget about you completely when none of that works.

Expect Cap to have made a pros and cons list with, potentially, a well-crafted PowerPoint before deciding it’s done. If you’re lucky, they won’t regale you with the list, only they probably will. Oof! That hurts.

On the flipside, when you dump Cap, it’s not much different. I didn’t say it was a good thing. Expect them to expound on the benefits of being with them, potentially with yet another PowerPoint or list. After all, they want to make sure you understand what you’re doing and realize all the consequences that come with NOT being with them.

After all, if you want to break up with them, it’s your funeral.

Aquarius has two breakup settings. They’ll either tell you how the breakup is really in everyone’s best interest and how it aligns with your higher purpose….or they’ll explode because they feel like you’ve been limiting their freedom. Aquarius definitely could use the “it’s not you; it’s me” excuse or the “I just need to find myself” one.

It’s totally in their breakup playbook, right on the shelf next to spirituality, religion, and meditation.

To break up with an Aquarius, you might have to first get their attention. Then, you’ll have to be the one to convince them it’s in their best interests. If they’re paying attention at all, they’ll either embrace that and be grateful that they got their freedom with literally no effort, or they’ll wander off and forget they were even in a relationship. In an airy-fairy, I don’t care-y sort of way.

A Pisces just might need liquid courage to do the deed. They’ll likely say that they’ve been losing themselves in the relationship and need time for themselves. Whether that means taking a break or calling it quits for good will be up to your Pisces. You might want to clarify. They don’t want to hurt you. They just think that you being with them could be hurting you. Go for your own good.

You’ll barely finish getting out the words when Pisces will pour another drink. Expect them to console themselves with a bottle of wine or two as they take the time to grieve for what you had. Then, they’ll get busy worrying about how to separate their idea of themselves with you from their own identity. Man, it could get heavy! Best to cut out once they get the picture.

Breakups are a misery, no matter how kindly we try to do them. But forewarned is forearmed, am I right? So, take care to be kind, and hope for the best. Live you best life and don’t carry the bad stuff with you when you go. 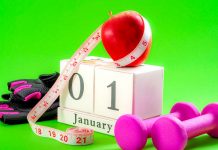 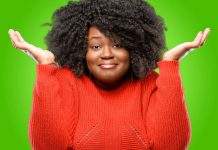 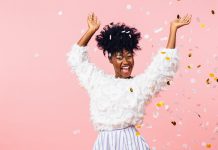