When that time of year comes around for turkey, cranberry sauce, and family clashes, there are certain predictable things that can come out of the woodwork. If the Zodiac signs were all having a Thanksgiving dinner together, how would each sign behave if they were their pure archetypal, darling selves?

You can find Aries deep into watching The Thanksgiving Day parade. If you walk in during a lip-synced musical number, expect to be thoroughly shushed. Be grateful they’re distracted because otherwise they’ll be asking you when so & so is going to get here and how long until dinner is ready. Patience might not be their strong suit, but they’ve got childlike wonder in spades. Waiting for their favorite balloon and to spy Santa at the end of the parade is a tradition no one should mess with unless they want to go toe-to-toe with a Ram. When it’s time to be thankful, they’ll likely mention eating as quickly as possible so take a hint and keep your gratitude brief or expect some major stink eye from that quarter.

Don’t bother trying to strike up a conversation with Taurus over dinner. They’ll be too busy eating. Forget seconds. Taurus may be deep into fourths and eyeing the dessert table to see when the appropriate time might be to dig into that pumpkin pie they spied on the way to the table. They’re thankful for the food, obviously. The wine, too. Let’s not forget the wine!

You can spot a Gem over Thanksgiving dinner easy enough. They’ll be the ones lying through their teeth about their relationship status or career trajectory. There’s no point in calling them out on it though. After all, they’re so successful at leading a double life that it might come as a shock to them that what they’re saying might not strictly be true. If Gem’s got a hand in preparing the Thanksgiving dinner, expect them to have multiple dishes going at once (but maybe check to make sure any of them actually get finished). And they’re pretty sure to be checking out score to the game throughout the festivities. Don’t be surprised if they’ve placed a wager or have a fantasy football team in play. Sure, they’ve got a lot to be thankful for— like all the things they bragged about before. And for football.

Check the kitchen first. Cancers are probably cooking the dinner, minding any kids, and checking to make sure everyone is exactly where they’re supposed to be. They’ll definitely make sure you get enough to sleep, leaving you exiting Thanksgiving dinner as stuffed as the turkey (or tofu-turkey) you had for dinner. If you can’t find them in the kitchen, they’re likely hiding from you, and there’s no point looking. They’ll crawl out of their shell when they’re good and ready and not a moment before. Cancers are thankful for family and for hugs. They’ll probably give you a few hugs just to make sure you know it.

The relative that’s always right? Probably a Leo. Expect them to dish out a liberal amount of advice in addition to cranberry sauce. It’s best just to nod and agree because you can’t tell a Leo anything. In fact, they might just have you convinced before they’re finished. Leos may express gratitude for their faith and high standards. If it seems like a lecture, it kind of is. You may be expected to take notes. There could be a pop quiz later.

Something’s getting stirred up, and it’s not a delicious Thanksgiving side, either. Expect Virgos to bring the drama when they drop an uncomfortable truth bomb over dinner or let their perfectionist tendencies run away with them. But on a good note, they’ll be the first to help out making dinner and cleaning it up afterwards. You can count on them to help even if they do not actually want to touch someone else’s dirty dish. If all else fails, shove a piece of pie in their mouths and call it a day. Virgos are thankful for work and for a perfect day. (Wait- did they say work? Yes. Yes, they did. And not even sarcastically.)

Libra’s favorite Thanksgiving dish is the DISH. You know, the gossip. If you want to know what’s up in the family, check with Libra. They’re sure to have absorbed all the hot gossip and will likely pass it around if you ask nicely. Or don’t ask at all. After all, sharing is caring, right? Just a word of caution, if they didn’t bring a plus-one to the holiday, do not under any circumstances bring it up. Just let that one go and know that the only gossip not up for discussion is that. Libras are so super thankful for their amazing partner (doesn’t matter if it was a different one from last year, just don’t mention it). If there’s no partner, they might have a hard time coming up with anything to be thankful for. Dating sites? Netflix? They’ll think of something.

Expect to find a Scorpio seated at the head of the table getting the juiciest and best of everything. They can’t help it. With their good taste and high standards, they’ll likely be dressed to perfection and getting their fill of the best of the best of food and wine over dinner. You can’t fault their taste, and there’s no point in arguing with them unless you want to try to out-stubborn this obstinate sign. Best to just let it rest, and be grateful if you can avoid an argument with them. Scorpios might offer something cryptic for their expression of gratitude. After all, they like to keep the mystery alive. If it’s a riddle, you might be too hungry to solve it.

Sagittarius will definitely show up to watch the game and eat, and perhaps show their super-smarts in any conversation topic that might come up, but don’t expect them to lift a finger to help. They will, however, help to keep the mood light with their eternal optimism and good humor, so if drama breaks out, you definitely want a Sag standing by with empty hands waiting to eat. They make a good distraction even if they don’t know the first thing about what goes into preparing a holiday feast. Sag will likely express their gratitude for the next big adventure and for an unrelenting sense of humor that makes family events far more entertaining than they would be otherwise (sarcasm intended).

Don’t be surprised if Cap takes a work call or two throughout the day, or checks their emails to see if there’s any work to be done. On the flipside, Caps will likely show up early and then make everyone else look bad by working twice as hard on cooking, set up, and even cleaning when it’s done. Avoid engaging them in an argument, as they’re unlikely to ever admit they’re wrong. They’ll patiently skirt any drama that pops up, and they’ll likely get the hell out quickly when they decide they’re ready to leave. Capricorns will be grateful for the goals they’ve met and the ones they’re soon to meet. Each corporate rung they’ve climbed might get its own soliloquy. Someone pass the wine!

Aquarius is likely to show up with a brand new nose ring or scandalous plus-one just to make waves and get a reaction. But it’s just as possible they’ll show up with a hostess gift and charm everyone with their friendly attitude. You just never know, but you should probably be prepared for whatever surprises are in store when you’ve got an Aquarius at your door. Expect an Aquarius to express gratitude for ideas like freedom, independence, and friendship. We can all raise a glass to that!

You can find Pisces curled up in a corner with their nose in a book until dinner is served or feeling blue if someone hurt their feelings. Don’t expect them to want to be in the thick of things, but be sure they’ll do their part — insomuch as people-ing isn’t required. Pisces may express gratitude for art, music, and solitude. Don’t take offense. They like you as much as anyone else—either a whole lot or not at all, depending on their moods and your attitude. 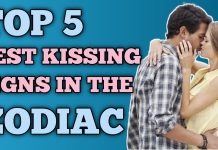 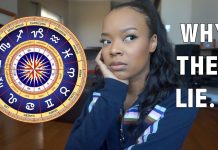 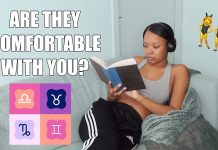 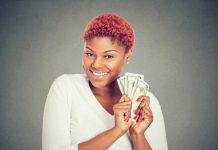 The Zodiac Signs as Disney Sidekicks

Celebrities Being Their ACTUAL Zodiac Signs in Movies