We all have our own little quirky catchphrases that we like to use, those sayings that just resonate with our core and help us to creatively communicate something. Well, I have come up with a list of sayings that totally represents the Sun Signs. From weird 1920s catch phrases like “23 skidoo” to modern slang like “catch these hands,” this list will have you howling.

The Ram is a passionate initiator with an appetite for adventure. Their top three catchphrases are…

“You and what army?” Yeah, like Aries is gonna walk away from a fight regardless of how much backup you have.

“Wassup?” If you thought this 90’s phrase was dead, you clearly haven’t talked to a Ram ever.

The Bull is a dependable, trustworthy friend with an appetite for collecting stuff. Their top three catchphrases are…

“Where’s the beef?” A Tarus who says this is either asking you for a snack or wondering if you have a problem with them.

“Yeet!” Though this multi-purpose Gen-Z word may die out soon, it will live on forever in the Bull’s heart. #YeetYeet #YeetSquad

“That’s the bee’s knees.” If a Taurus says this, they’ve likely found something interesting and there’s no way you can talk them out of buying it.

The Twins are witty, great at communication and they love intellectual challenges, such as puzzles. Their top three catchphrases are…

“Catch you on the flip side.” Straight up, the next time you see them you may be talking to their other half. You never know when the personality switch will get flipped.

“Time to 23 skidoo!” I don’t get it either, but apparently it means Gemini has gots to get going.

“Just peachy.” This one is dangerous. It either means the Twins is doing great or things are terrible. Read the room.

The Crab is basically everyone’s parent with a strong nurturing game and a high aptitude for empathy. Their top three catchphrases are…

“I’m not crying. You’re crying.” The Crab has a lot of emotions, so of course they use this ironically from time to time.

“That’s groovy.” The Crab is pleased.

The Lion is the king of the jungle and the Signs, which means they’re natural leaders, protectors, and full of pride.

“Feeling cute, might roast my enemies later. IDK” Leo is about to stir up some stuff. Be wary.

“Keeping up with the Joneses” (or the Kardashians). In order to be the best, one must compete with the best… or the most popular.

“Someone’s cruisin’ for a bruisin’.” I hope Leo isn’t directing this at you.

The Virgin is known for their calculating mind and love of organization, but they’re also great teachers and helpers. Their top three catchphrases are…

“Gag me with a spoon.” A Virgin who says this is seriously disgusted by something, not to mention stuck in the 80s.

“I can’t even.” When a Virgo is overwhelmed or just done trying to deal with someone/something, this could very well come out of their mouth.

The Scales is a diplomatic hopeless romantic with a penchant for fairness. Their top three catchphrases are…

“Razz my berries.” This isn’t as dirty as it sounds. In fact, it’s just a cute, innocent way of saying Libra is excited.

“Shaking my head.” (SMH for short). Libra doesn’t always shake their head, but when they do, it’s because someone has them at their wits end. Oops.

“Gimme some skin.” Again, it’s not supposed to be dirty. When the Scales ask for some skin, that means they want to shake hands. How else do you seal a deal?

The Scorpion/Eagle/Phoenix is full of passion, desire, and excellent intuition. Their top three catchphrases are…

“Dead.” Scorpio is so excited or they’re using it ironically because they’re only mildly amused.

“Overpopulation… too much of a good thing.” Okay, Scorpios may not say this A LOT, but it could be a thought that pops in their head when they feel like they’re surrounded by idiots.

“Come on snake, let’s rattle.” Calm down, it just means that Scorpio wants to dance… or do a birthday suit jig.

The Archer is optimistic with a gnarly case of wanderlust (not that it bothers them). They are always ready to get going and learn new things along the way. Their top three catchphrases are…

“You can’t be late until you show up.” I mean, you right, Saggy. What an optimistic way to look at that!

“Bye Felicia.” The Archer isn’t afraid to walk away from somone who harshes their vibe.

“Hold my beer.” Ah, yes, the only statement that is quickly followed by something epic or a trip to the hospital. Oh, Saggy…

The Goat is a force to be reckoned with who aims for the top and isn’t afraid of a fight.

“Gotta make that bread.” No, not literal bread. Cap tends to be all about making money, so of course they talk about prepping for that dough.

“Sitting in the hot seat.” Sometimes the Goat gets themselves into awkward and embarrassing situations in their attempt to get to the top. The hot seat is their throne.

“Catch these hands.” Look, Cap doesn’t run from adversity. They run straight at it with horns aimed to maim. Watch out!

The Water Bearer is an eccentric character who adores truth — particularly telling other people truths, including their wild ideas and conspiracies.

“Big brother is watching.” Even if you haven’t read George Orwell’s 1984, you might be able to guess that Aquarius is referring to the government spying on its people.

“I’ll be a monkey’s uncle!” This is a polite way for Aquarius to call someone out on a lie or to just genuinely express disbelief.

“I’m just serving tea.” And the tea is HOT. The Water Bearer loves to talk and unfortunately that sometimes means gossiping and sharing secrets. But, hey, it’s just tea.

The Fishes is an intuitive, helpful, and emotional Sign who has a connection to the Other Side and a potential for substance abuse.

“Abandon the search for Truth; settle for a good fantasy.” Losing themselves in their imagination is a hot hobby for the Fishes.

“Never put off ‘til tomorrow what you can avoid all together.” Look, if they can totally avoid negativity and responsibilities and reality in general, they will.

“Let your freak flag fly.” While Pisces may have a hard time lifting themselves up, they are great at trying to support others. If someone is worried about their uniqueness, Pisces will likely tell them something like this.

Okay, some of these phrases are honestly just wishful thinking. Like, let’s bring back “razz my berries” and use fun, fancy catchphrases like we’re super heroes (or villains). Even if you don’t actually use any of the phrases under your Sign, it was still a hoot. Right? Plus, looking into what the Zodiacs would say if they had catch phrases is pretty eye opening. Do you have a new favorite phrase thanks to this list? 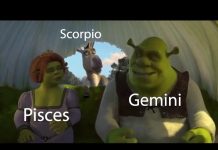 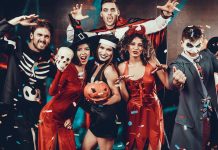 Rising Signs and the Masks We Wear

The Signs on a Deserted Island

How the Zodiac Signs Say They Love You

How the World Will End According to Your Sun Sign